China’s President certain relations with Cyprus will continue to flourish 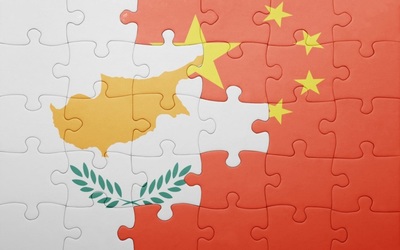 The President of the People’s Republic of China Xi Jinping said he was certain that relations between his country and Cyprus will continue to flourish on a broad range of bilateral and multilateral fields.

Speaking on Wednesday, June 20, at an official ceremony to receive the credentials of the new Ambassador of the Republic of Cyprus to China, Antonis Toumazis, Xi Jinping welcomed him to China and asked him to convey his warmest greetings to the President of Cyprus Nicos Anastasiades.

According to an announcement, circulated by PIO, President Xi expressed his satisfaction over the excellent level of Cyprus-China bilateral relations. He added that cultural exchanges through people to people contacts were important for mutual understanding and cooperation.

Ambassador Toumazis confirmed the friendly ties between the two peoples and assured President Xi of the readiness of the Republic of Cyprus to develop bilateral relations further.

He also thanked the People’s Republic of China for its principled support vis-à-vis the Cyprus issue and said that an eventual visit by President Xi to Cyprus would comprise an important, historic landmark for the two countries’ relations.