Cyprus enjoys an intense Mediterranean climate of hot dry summers starting in mid-May and lasting until mid-October. Mild winters occur from November to mid-March, with rain usually falling between December and March, but often years of drought are also observed (for instance between the years 2013 – 2014). Spring and autumn are effectively short intervals in between, characterised by mild weather. 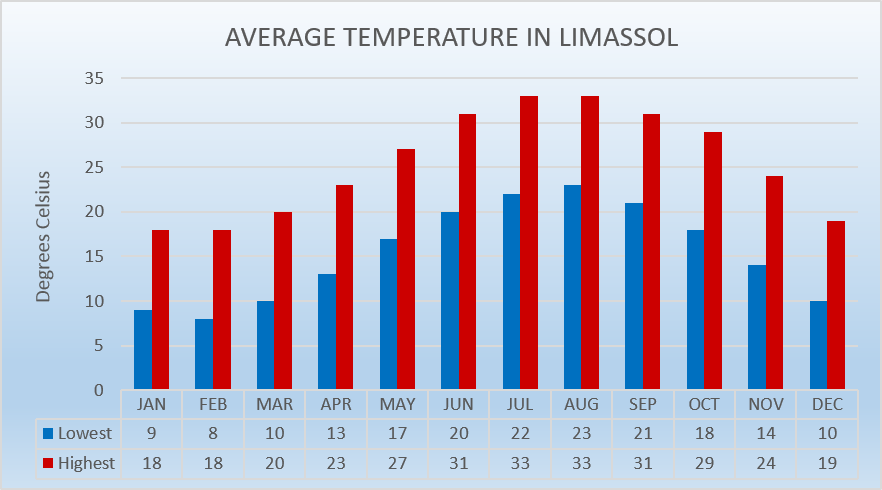 In broad lines, Cyprus' climate is characterised by hot summers and mild winters. The average annual temperature on the coast is around 24 °C during the day and 14 °C at night. Generally, the summers, thus the holiday season in Cyprus, last about eight months. 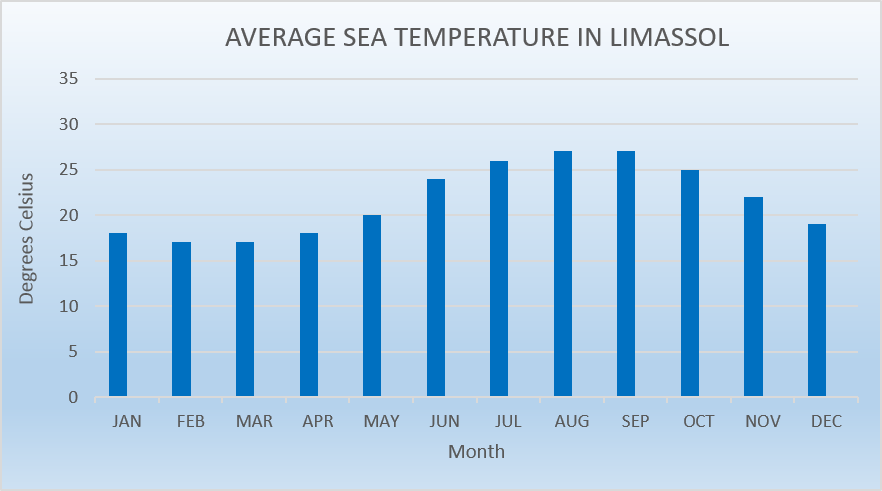 The temperature in the open sea hovers above 22°C from June to November, climbing to 27°C in August and September. Even during the three coolest months of January to March, average sea temperature is an acceptable 16° or 17°C. Near the coast, the temperature of water three or four metres deep is similar to that of the open sea, ranging from 15° to 17°C in February and from 23° to 28°C in August.

Cyprus enjoys a very sunny climate compared to most countries with at least 11 hours of bright sunshine per day, from April until October. During the months of December and January, there are at least 6 hours of average daily sunshine.